Let’s take a look at what kind of Badass action Ehud Walburn is packing.

It might surprise you to learn that between Ed and Beth Walburn, Beth is by far the tougher customer.

Ed’s forte is grudges, not grit, and that’s what his Badass action is all about. 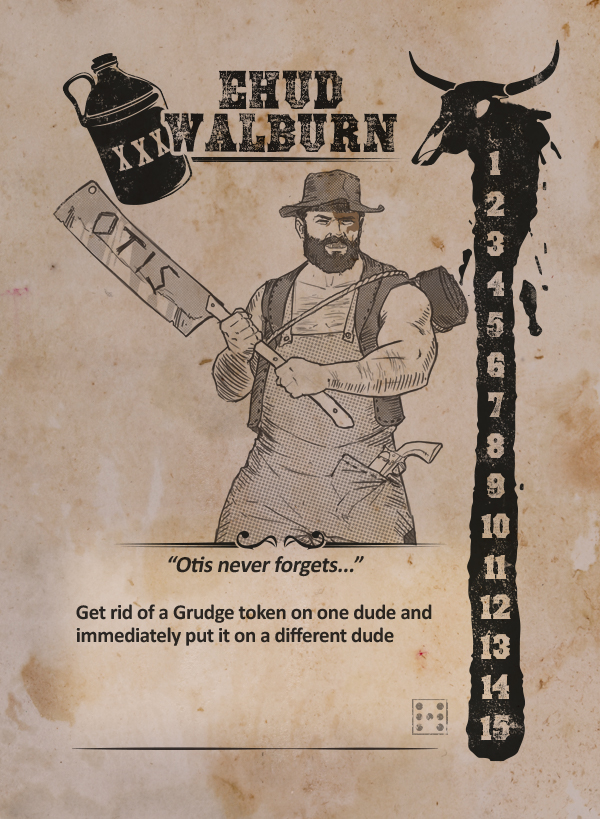 Get rid of a Grudge token on one dude and immediately put it on a different dude.

To fully understand why this is so badass, you’ve gotta know what Grudge does.

Getting a free +1 token is awesome, because it means that all your Hit numbers are effectively one bigger, and lets you save any ‘proper’ +1 tokens you have for shit like Defense rolls.

The downside is that you’ve just limited your options. Normally, the easiest way for a Walburn to add flexibility is to put Grudge tokens on more dudes.

Ed, however, is much more savvy. Instead of putting down multiple Grudge tokens, Ed can simply move a Grudge token to a dude he wants to attack. And it gets better than that.

Ed, being the grudgekeeper that he is, has the badass ability to clarify grudges for any and all Walburns, and that gives you a shitload more flexibility on the table.