Most of those who find themselves on the Republican frontier have nowhere else to go, and are ready to kill to protect what they have. Within this realm of violence and conflict, blood is often the most valuable currency and the gun is the surest way to cash in. Gunslingers are those who make a living wielding this power, be they freedom fighters, soldiers, lawmen, or outlaws. But these distinctions are often arbitrary, for whatever his motivations may be; in the end a Gunslinger’s only trade is death.

Jesus..that’s fuckin’ grim. But Gunslingers are pretty grim folk. The Persona is all about murdering things, and quickly, though not always efficiently.

As the name implies, Gunslingers have a lot of skills related to firearms. For starters, Gunslingers are one of the three Regular Personas that can use every type of gun, and they buy their gun skills cheaper than anybody else.

Gunslingers can learn the one-shot-one-kill skill, The Dead Eye, which makes them fuckin’ deadly with a shootin’ iron. Gunslingers also shoot farther and faster than any other Persona, which is damn useful in a powder burnin’ contest. 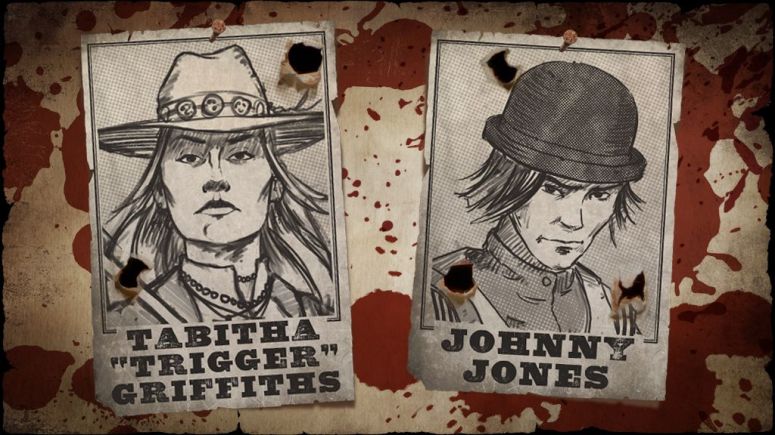 But Gunslingers aren’t just about guns. At the end of the day, Gunslingers are ass-kickers whether you’re talkin’ about hot lead or cold steel. They’re one of the tougher Personas, and they buy all their combat skills at bargain rates.

If you’re lookin’ put notches on yer belt, Gunslinger is the Persona for you. But watch yer step. The loudest gun tends to draw the most fire.