What in the Hell is a miniatures RPG?

A MRPG is like a dungeon crawler board game, but with that freewheeling style which makes wargames and RPGs a special flavor of awesome.

Just like your traditional RPG, you control a single character and work with your buddies to kick the crap out of a bunch of dudes controlled by a GM. But what’s so new about that, right?

Exiles shakes things up by tossing a bunch of dead weight and replacing it with wargame rules. 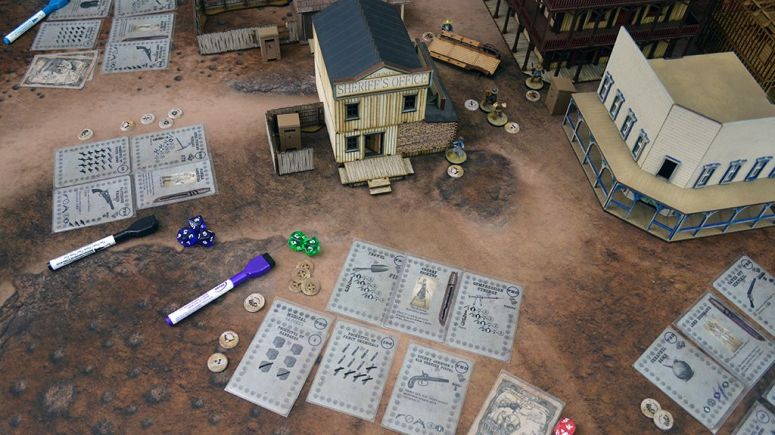 Forget boards. There’s far too many boards these days. You don’t have a board in Exiles. You have a table, and you use terrain. You measure shit with a ruler, and you damn sure use miniatures.

Exiles is very much a miniatures game.

And let’s face it, for many of us it’s the story that makes wargaming fun; the story of our army, our warband, our gang, our star players, our champions, our heroes, and the thirsting daemon born of our mortified flesh.

Exiles gives you what you love about wargaming and turns the story up to 11.

You get to watch your character evolve through a dynamic system that goes into the kind of depth you used to only get in a table top RPG. At the same time, the game is simple enough to support the fast, fluid style of play you expect of a skirmish wargame.

Exiles gives you the opportunity to get invested in a character and a campaign, and the RPG structure allows you to put a lot of players around the same table. But just like your favorite skirmish wargame, you can bang out a game in 45 minutes, and get another one going in the time it takes you to crack open a new round of beers.